We are very grateful to our excellent speakers, who will share their takes on technology for society. Want to know more about where they are coming from? Find out more here. 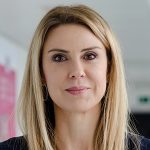 Antoaneta Angelova-Krasteva has been Director at DG EAC since 2016. She is currently Director for Innovation, Digital Education and International Cooperation. She is responsible for the Marie Skłodowska-Curie Actions (MSCA) and the European Institute of Innovation and Technology, which are key components of the Horizon Programme. Under her supervision is also the coordination of the EU Digital Education Action Plan. The international cooperation covers all policy areas of DG EAC, including the international dimension of programmes, such as Erasmus+, Creative Europe and European Solidarity Corps. Antoaneta joined the European Commission in 2008. She has occupied various management and expert positions across the Commission and dealt with a wide range of topics such as external relations and enlargement, internal security and police cooperation, cyber security, stakeholder relations and international affairs. Antoaneta has also worked as a diplomat to the Permanent Representation of Bulgaria to the EU in Brussels for five years. She is a graduate in political science of Sofia University, with training and qualifications in European studies from Germany (Wissenschaftszentrum Berlin für Sozialforschung) and the UK (Sussex University). 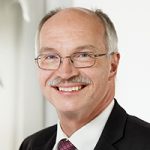 President of Technical University of Denmark

Anders O. Bjarklev was born in 1961 and achieved his MSc degree in Electrical Engineering from DTU in 1985. He gained his PhD in 1988, his Doctor Technices 1995 (dr. techn.), and his professorship in 1999. On 1 November 2011, Professor Anders O. Bjarklev became the 15th President of DTU. Prior to his appointment as President, he was Provost and Executive Vice President at DTU, following a position as Head of Department at DTU Fotonik (since 2004). Anders Bjarklev’s scientific production is extensive, including more than 150 scientific articles in international publications. He has served as a referee for several scientific journals, including Science and Nature. He has extensive teaching experience, and his research has resulted in 20 patents /patent applications and led to the establishment of two companies and an extensive network in the ICT industry. Anders Bjarklev has received numerous awards and accolades – including the Order of the Dannebrog in 2013, Fellow of the Optical Society of America in 2005, and recipient of the Villum Kann Rasmussen Annual Award for Technical and Scientific Research in 2004. 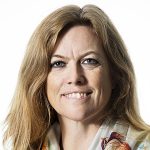 Maja Horst is Professor of Responsible Technology at DTU Management at the Technical University of Denmark and Hans Fischer Senior Fellow at the Technical University of Munich – Institute for Advanced Studies. She chairs the Independent Research Fund Denmark. Her research is focused on science in society with particular emphasis on public understanding of science, social responsibility of science and the public communication of science and technology. For several years, she has been experimenting with interactive science communication installations: inviting citizens to discuss the social responsibility of emerging scientific fields. She was awarded the Danish Science Minister’s Communication Prize in 2009. She was a member of the Danish Research and Innovation Policy Council in 2014-2019 and occupied a full-time head of department role from 2011-2019. She is a member of the Danish Academy of Technical Sciences and president-elect of the European Association for the Study of Science and Technology. 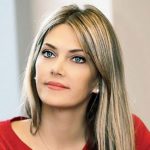 Member of the Committee on Industry, Research and Energy, European Parliament

Eva Kaili is a Member of the European Parliament, part of the Hellenic S&D Delegation since 2014. She is the Chair of the Future of Science and Technology Panel in the European Parliament (STOA) and the Centre for Artificial Intelligence (C4AI), Member of the Committees on Industry, Research and Energy (ITRE), Economic and Monetary Affairs (ECON), Budgets (BUDG), and the Special Committee on Artificial Intelligence in a Digital Age (AIDA). Eva is a member of the delegation to the ACP-EU Joint Parliamentary Assembly (DACP), the delegation for relations with the Arab Peninsula (DARP), and the delegation for relations with the NATO Parliamentary Assembly (DNAT). In her capacity, she has been working intensively on promoting innovation as a driving force of the establishment of the European Digital Single Market. She has been the draftsperson of multiple pieces of legislation in the fields of blockchain technology, online platforms, big data, fintech, AI and cybersecurity, as well as the ITRE draftsperson on Juncker plan EFSI2 and more recently the InvestEU program. She has also been the Chair of the Delegation to the NATO PA in the European Parliament, focusing on Defence and Security of Europe. Prior to that, she has been elected as a Member of the Hellenic Parliament 2007-2012, with the PanHellenic Socialist Movement (PASOK). She also worked as a journalist and newscaster prior to her political career. She holds a Bachelor degree in Architecture and Civil Engineering, and Postgraduate degree in European Politics. 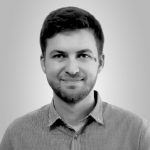 Co-Founder and COO of DirectFEM

László Kudela is a Co-Founder and COO of DirectFEM, a startup from the Technical University of Munich (TUM), providing simulation software for engineering applications. Since April 2021, this venture has been supported by the EXIST Business Start-up Grant (EXIST Gründerstipendium) provided by the German Federal Ministry for Economic Affairs and Energy and co-financed by the European Social Fund. Together with his two co-founders and strong support from scientific and business advisors from TUM, he has pursued his interest in building a business from the technological innovation developed at the Chair for Computation in Engineering. During his doctoral studies from 2013 till 2019 at the same department in TUM, he has acquired in-depth knowledge in innovative discretization techniques, addressing the challenges that arise in non-standard engineering computations, such as simulations on additively manufactured components and objects represented on images and surface scans. László has a Master’s Degree in Computational Mechanics (TUM) and a Bachelor’s degree in Mechatronics engineering from the Budapest University of Technology and Economics. 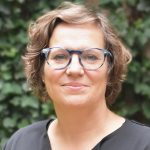 Pirita Lindholm is the Director of ERRIN, the European Regions Research and Innovation Network, since September 2017. ERRIN is a dynamic, member-driven network that supports regional and local actors in developing their research and innovation ecosystems.
Pirita is a member of the Mission Assembly on climate-neutral and smart cities and an enthusiast in mission-oriented policy. She has 20 years of experience working in European organisations representing cities and regions. Before joining ERRIN, she was heading the Climate Alliance’s Brussels Office (2007-2017), where she and her team worked on European policy, projects, and initiatives such as the Covenant of Mayors. She served as an expert in the European Commission H2020 Advisory Group on Energy (AGE) between 2013 and 2016, actively contributing to the development of the research and innovation agenda in the energy field. 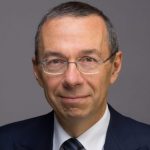 Eric Labaye is President of École Polytechnique, a major French institution of higher education and research in sciences and engineering and President of Institut Polytechnique de Paris, created by École Polytechnique, ENSTA Paris, ENSAE Paris, Télécom Paris and Télécom SudParis in 2019. He serves on the board of Telecom Paris, the International Advisory Board of ESSEC, and the Board of Advisors of the School of Public Affairs at Sciences Po. Eric Labaye was formerly Senior Partner at McKinsey & Company and Chairman of the McKinsey Global Institute. Prior to this, he was Managing Director of the France office, led the firm’s Global Knowledge and Communication and was a member of the Shareholders Council of the firm (Global Board) for ten years, of which he chaired the Client Committee. Eric Labaye is a graduate from École Polytechnique and Telecom ParisTech and holds an MBA with distinction (Henry Ford II award) from INSEAD. 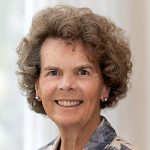 Heidrun Mollenkopf is a sociologist and gerontologist. She was Senior Researcher at the German Centre for Research on Ageing (DZFA) at the University of Heidelberg until she retired in December 2004. Her main research focus was the interplay among personal, societal, technical, and environmental conditions regarding quality of life in old age. She has pursued this interest in several large-scale research projects on technology and ageing and on the outdoor mobility of older people, first at the University of Mannheim, then at the Social Science Research Center Berlin (WZB) and the Free University of Berlin, and finally at the former DZFA. 2007-2014, Heidrun Mollenkopf was member of the German National Association of Senior Citizens’ Organisations (BAGSO) Expert Council and Chair of the “Universal Access and Independent Living” Expert Group of AGE Platform Europe. Besides, she was Co-Chair of the working group ‘User requirements’ of the BMBF/VDE Innovation Partnership AAL and speaker of the Federal Ministry of Labour, Social Affairs and Consumer Protection’s committee of experts to promote the German National Action Plan on the Rights of Persons with Disabilities. Since 2014, she is Board Member of BAGSO and Vice President of AGE Platform Europe. In 2019, she has been appointed to the office of the Standing Working Group on Ageing (SWGA) at the United Nations Economic Commission for Europe (UNECE) in Geneva as the representative of civil society. 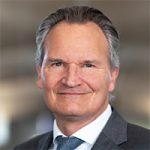 President of Eindhoven University of Technology

Robert-Jan Smits is the President of the Eindhoven University of Technology. Prior to this, he was from 2018-2019 the Open Access Envoy of the European Commission, based at the European political Strategy Centre (EPSC) of the European Commission. Before this, he was from 2010-2018 the Director-General of DG Research and Innovation (RTD) at the European Commission. In this capacity, he was responsible for defining and implementing the EU policy and programmes in the field of research and innovation (average annual budget 8 billion euro): Horizon 2020. Mr. Smits is also one of the architects of the successor programme Horizon Europe. Mr. Smits has received several recognitions and awards for his contribution to European science and innovation. He is an honorary member of Academia Europaea and of the Koninklijke Hollandsche Maatschappij der Wetenschappen. He has degrees from Utrecht University in The Netherlands, Institut Universitaire d’Hautes Etudes Internationales in Switzerland and Fletcher School of Law & Diplomacy in the United States of America. 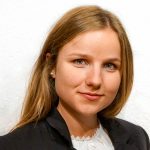 Student at Technical University of Munich

Nina Zuber studied Engineering Science in her Bachelor’s degree at the Technical University of Munich (TUM) and continued there her scientific path by completing her Master’s degree in Engineering and Management 2021 as best of class. Next to her studies, she worked as scientific assistant at the Chair for Medical Materials and Implants and contributed to two posters during her work at the chair. As scholarship holder of the TUM: Junge Akademie she worked within an interdisciplinary team for two years on a socially relevant project, was leader of the taskforce International Cooperation and acts now as a mentor for the taskforce. In September 2021, Nina Zuber joined the BMW AG in Munich as an intern in the Purchasing and Supplier Network department.

This website uses cookies to improve your experience while you navigate through the website. Out of these cookies, the cookies that are categorized as necessary are stored on your browser as they are essential for the working of basic functionalities of the website. We also use third-party cookies that help us analyze and understand how you use this website. These cookies will be stored in your browser only with your consent. You also have the option to opt-out of these cookies. But opting out of some of these cookies may have an effect on your browsing experience.
Necessary Always Enabled
Necessary cookies are absolutely essential for the website to function properly. This category only includes cookies that ensures basic functionalities and security features of the website. These cookies do not store any personal information.
Non-necessary
Any cookies that may not be particularly necessary for the website to function and is used specifically to collect user personal data via analytics, ads, other embedded contents are termed as non-necessary cookies. It is mandatory to procure user consent prior to running these cookies on your website.
SAVE & ACCEPT